The Rex and Alice A. Martin Media Center is a state-of-the-art facility supporting campus multimedia production.  The center is designed with IP audio/video routing technology, one of only a handful in the world,that provides the necessary flexibility and growth capacity for managing the complex multimedia needs of the entire Notre Dame campus.  The Martin Media Center is the hub for producing and recording content from fiber-connected locations throughout campus. 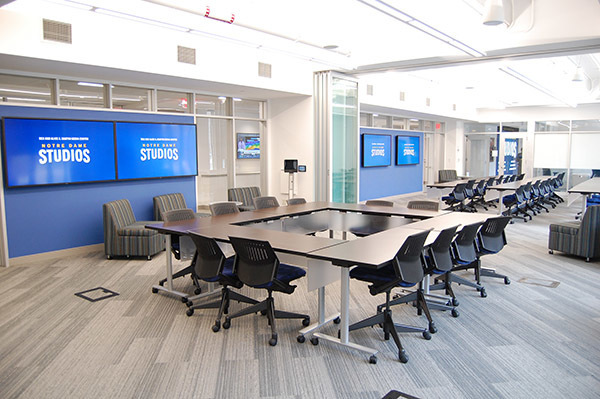 Notre Dame Studios supports the operation of an academic media innovation center to showcase new and emerging media technologies. Demonstrations and learning series are hosted regularly by the Office of Digital Learning and Academic Technologies.  The innovation center is a 1,300 square foot flexible space with four presentation screens and modular furniture that can accommodate 50 seated participants.  The space can also be subdivided into two 650 square foot rooms.   Faculty and academic departments are encouraged to reserve the space for academic use by submitting a reservation request. 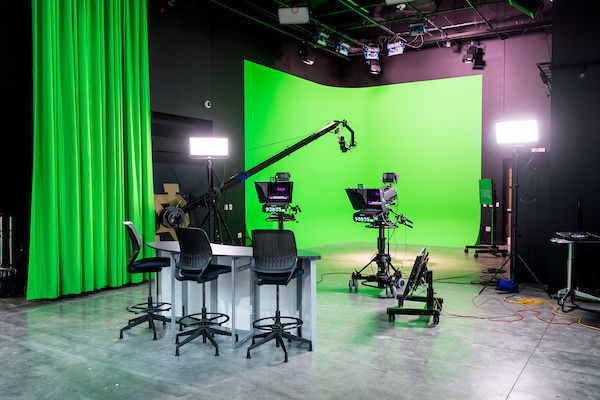 Two separate studio spaces are available for campus use within the Martin Media Center.  Each are complemented with a green screen and full lighting and grip package.  Studio 1 is 1,700 square feet and has 19 foot ceilings for maximum production flexibility.   Two Grass Valley LDX 86 World Cameras and a 24’ Jimmy Jib with a remote head and four-wheel dolly come as the standard camera package but can be augmented based on production needs.   Studio 2 at 1,000 square feet is our teaching studio utilized by faculty and students of the Film, Television and Theatre department as well as other campus clients. It has 11 foot ceilings and comes equipped with two Grass Valley Focus 75 Live Cameras.  An additional 400 square foot studio space is available within the Fighting Irish Media Center located in the Joyce Center. 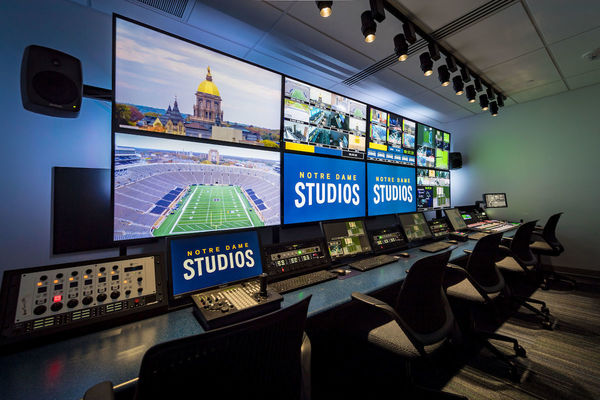